...as material for art objects and objects of utility has a long history and was used unhesitatingly for a long time. But in the second half of the 20th century the hunt for the “white gold” achieved an extent which endangers the survival of the Asian and African elephants. 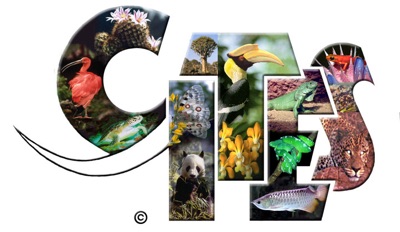 ...which limits and controls the trade of nearly 30,000 endangered plants and animals was the first step towards a sustainable and responsible handling of ivory.
1989 an intervention in the international ivory market was indispensable. While the Asian elephant was already listed in Appendix I since 1975, the African elephant, commercially used for centuries, got listed under Appendix I in 1990. This means that commercial trade of ivory from African as well as Asian elephants was banned. Some African populations recovered and 10 years later these where downgraded in Appendix II a.o. allowing two one-off-sales of stockpiled government-owned ivory in 1999 and 2008.

...after a long period of lower ivory prices the demand for ivory and its prices increased continuously! The opportunity for the laundering of cheap poached ivory into high priced legal trade was attractive for organized criminals and led to a deteriorated situation: Poaching of African elephants increased dramatically. This did not only endanger elephant populations but it also constitutes a threat to regional stability, territorial integrity and sustainable social and economic developments of the range states of ivory.

...to differentiate illegal from legal ivory were urgently needed. Combined with international law enforcement and cross-border cooperation these could uncover the structures and pathways and combat ivory smuggling.