The strict trade prohibition and the effective protective measures enabled the elephant populations in some African countries to recover. Due to the stable or even growing numbers of animals in southern parts of Africa, in 1997 the populations of Botswana, Namibia and Zimbabwe and in 2000 the populations of South Africa were downlisted to CITES Appendix II. While maintaining strict protection, these countries were given the opportunity to deal with elephant products. Trade of live animals and special products are legal under certain conditions. Two one-off sales in 1999 and 2008, which allowed those four Appendix II countries to sell stockpiled government-owned ivory, were enacted by the Conference of the Parties.

Whether only these one-off sales led to an increase in poaching or not is still a matter of controversy. However, it is a fact that after these sales wildlife crime, poaching of African elephants and illicit trade in ivory got into the focus of organised criminals and therefore became bigger and professionalized as never seen before. This could be shown obviously by data of the information and surveillance program for trade and smuggle of elephant products ETIS and the monitoring program for the illegal killing of elephants MIKE.

Wildlife crime does not only endanger elephant populations but also constitute a threat to regional stability, territorial integrity and sustainable social and economic developments of the range states of wildlife. A long-term preservation of the elephant populations, especially of Western and Central Africa and a prevention of criminal structures in wildlife trade will only be possible with a control mechanism that helps identify the geographical provenance of confiscated ivory. International law enforcement, cross-border cooperation and effective forensic methods to uncover the structures and pathways of ivory smuggling and to differentiate illegal from legal ivory in trade are urgently needed. At the 15th Conference of the Parties in 2010 the need of forensic methods for determining the age and origin of smuggled ivory was stressed explicitly.

And this is where ivoryID gets into the game...

At the beginning of the project, ivory samples must be provided to the scientist. Therefore, different international stakeholders were contacted, e.g. countries of origin. Samples of known origin and age were provided by many African countries. Additionally, geo-referenced ivory samples from hunters, museums, zoos as well as non-governmental and development organizations could be collected. Till now, 716 ivory samples were analyzed means the African populations of the elephants are represented with high quality data (see graphic below). All analyzed data are included in the reference database. But it is still open for the inclusion of additional reference samples to refine the analysis. 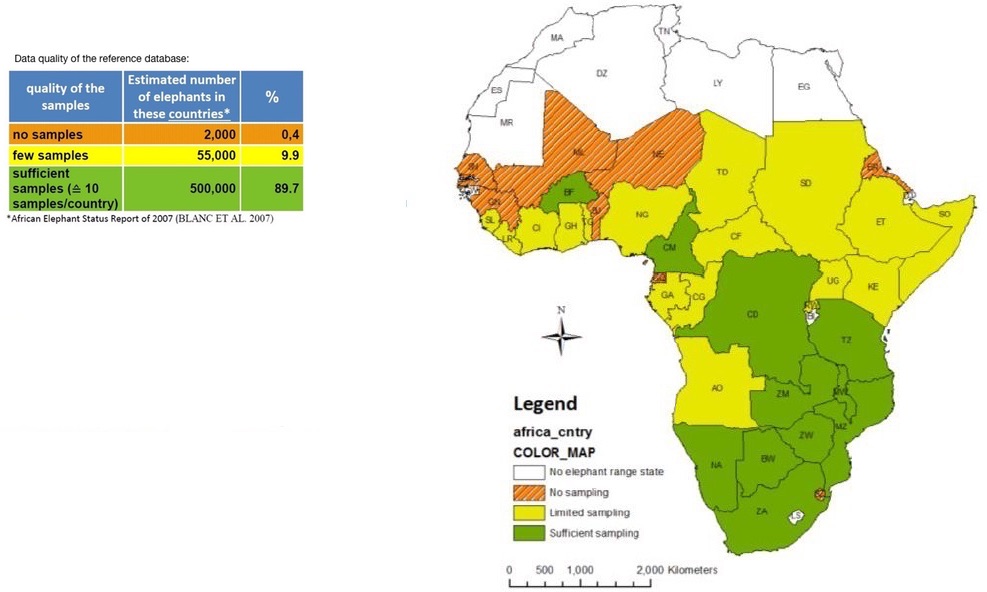 At COP 17 in 2016, when the discussion about the “poaching crisis” reached its peak, the website was handed over to the international CITES community.